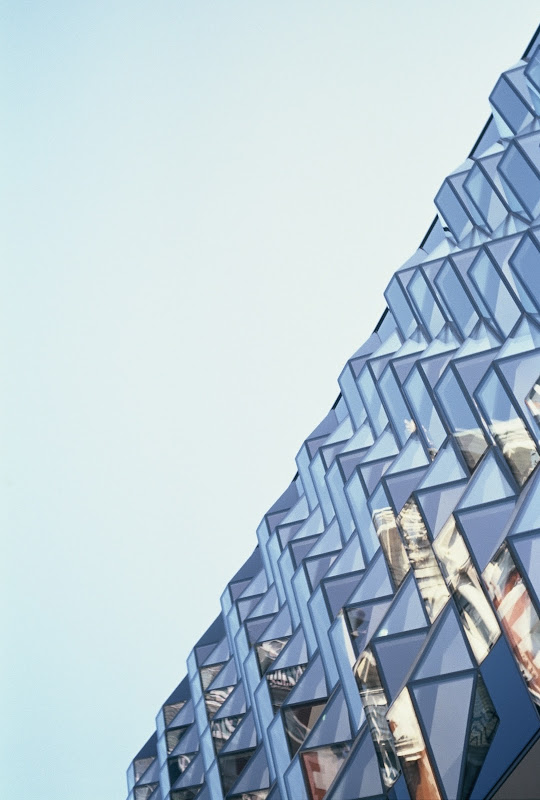 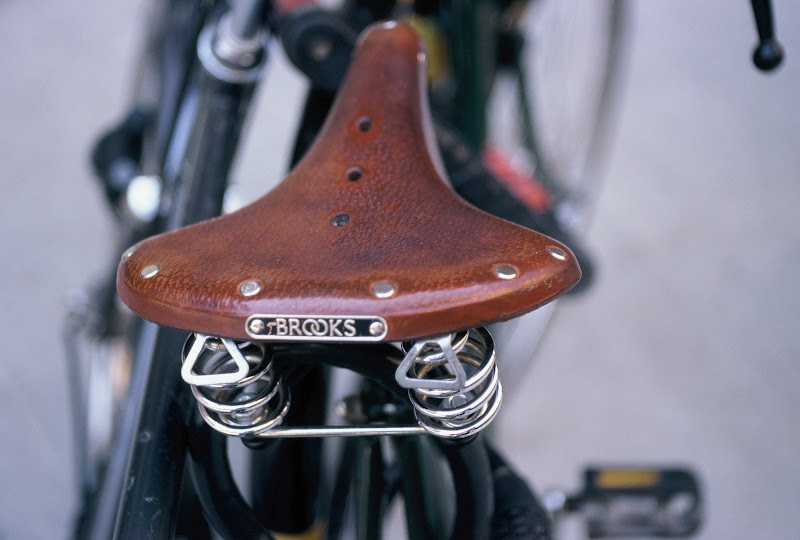 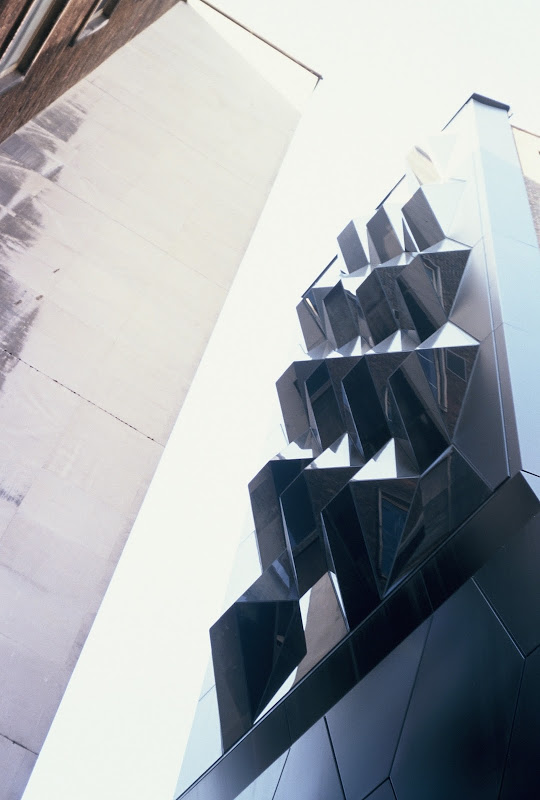 i'd really like one on those brooks saddles for my bike one day. oh, and that facade is by future systems - i really liked the reflections. some more info on that project here (as an aside, i was surprised how fiercely negative some of the comments on that site were, so far i had always thought designers and architects to be rather civilised people. well, i think they are, in fact. but how come there are so many people out there taking the time to trash other people's creative work on the internet? doesn't sound like constructive criticism to me.)

so, london. this time, i only had an afternoon and evening in town, the next morning we went to the countryside. it was what i needed, i was so tired when i went. you should have seen the shadows under my eyes. next time though, i really want to have more time to meet people and see more shows.
Posted by kristina - no penny for them at 11:48

the reflections in the facade are really interesting - you've caught it well!