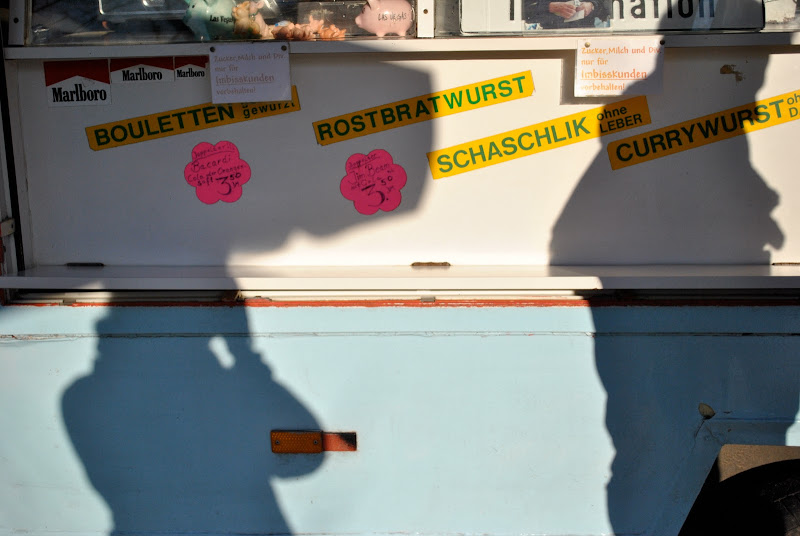 what is it with dreams? i have long since believed them to be the biggest driving force in our lives (apart from curiosity and dissatisfaction). while the latter two are not to be underestimated, i think dreams are just the most beautiful motivator to tackle things that otherwise might seem far too daunting. sometimes we can't say when a dream was born and where it came from. but there it is. sitting on the windowsill, blinking a little, maybe sniffling its nose and waiting quietly and patiently for us to acknowledge it. and no matter how small, it is a powerful thing, make no mistake. so go along with it. don't say good-bye to it when the going gets tough. be true. you owe it to yourself to believe in it. do your best, put your thinking cap on, follow up on random ideas that might get you closer to your dream. there will be friends to walk with you. and when it takes shape, this dream, it will not only be a blessing to you, but also to those around you.

thanks again for all your encouragement, for your comments and emails. last week has been truly mad, so i'm behind with getting back to your messages, but i will.

p.s.: go on, spot the vegas piggy bank. photo taken last weekend on arkonaplatz fleamarket. (and no, vegas is not my dream - thought you had caught me out there, didn't you...)
Posted by kristina - no penny for them at 09:01 7 comments: 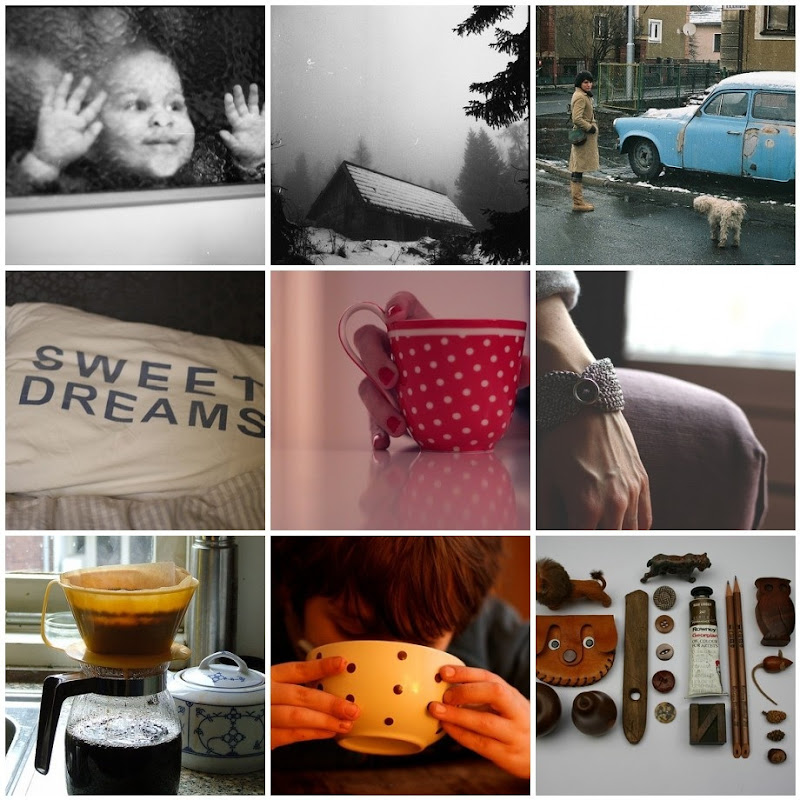 my, that weekend did fly past so quickly. had a wonderful sunday with friends coming for brunch which turned into an afternoon stroll to the fleamarket which turned into coffee back at mine well into early evening. apart from the waffle desaster (something went wrong with the recipe) everything was just perfect. lots of laughter and catching up. just what the doctor ordered.

so here's some sunday evening inspiration from flickr photographers i wanted to share with you. the b&w shots came into the selection because i'm kind of curious about b&w photography at the moment (don't you love that little guy squeezing his face against the window pane?). click on the caption underneath the mosaic to take a closer look at those wonderful shots.

finally, thank you so much for listening to my rant the other day. and thank you so much everybody who left a comment or emailed me. you make my day.
Posted by kristina - no penny for them at 19:53 16 comments:

where do we go from here 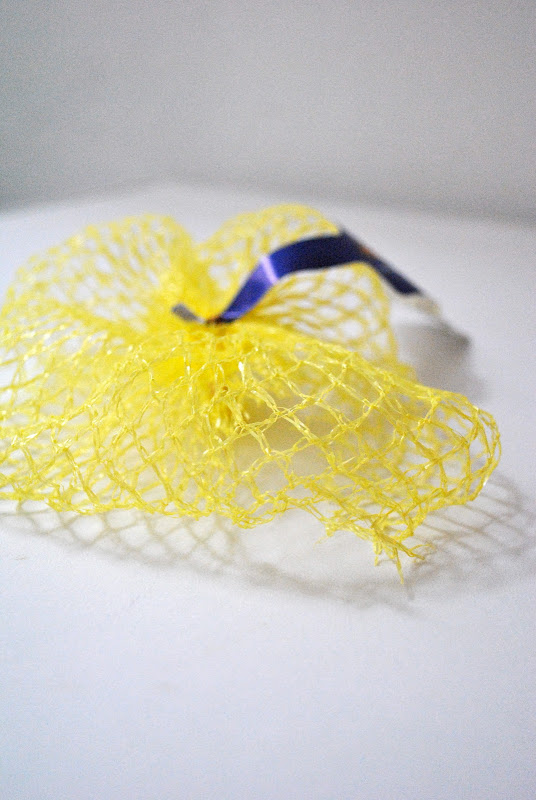 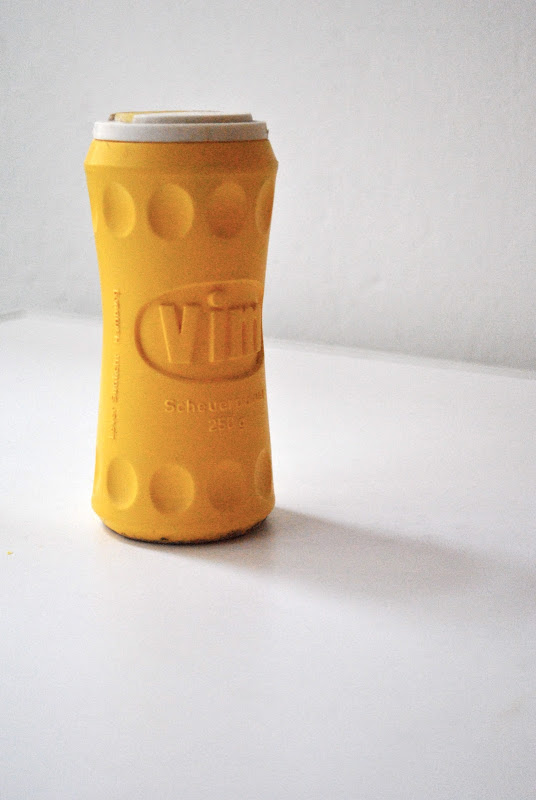 recently, i've been feeling a bit restless and like i've lost my focus in photography.

part of it may be a side-effect of the 365 project on flickr i'm taking part it. it means i have to take a photo each day and post it to my flickr stream. not surprisingly, there have been some dry spells already. so i had to post photos i wasn't really happy with. and i took photos i didn't really care about. and i got a bit confused about what i want to be taking photos of in the first place. don't get me wrong, the benefits of the project by far outweigh the lows, so i'll keep going. i'm even finding i'm learning a lot by the things i'm dissatisfied with, perhaps even more so than by the things i'm fine with.

another part of this may be that i'm having difficulties in finding out how to use my digital SLR in a way that gives me the results i'm after. i'm struggling a bit with the "what you see is what you get" aesthetic of it, which i've written about before. i'm still a long way from mastering my new camera the way i'm hoping for. and i'm not particularly known for being patient.

there are so many photographers whose work i admire - artists whose work spans such a range of different styles. b&w masters like dorothea lang or walker evans, colour magicians like eggleston, shore or helen levitt. japanese photographers - from daido moriyama to rinko kawauchi (ah, don't get me started...). contemporaries like uta barth. i'm by no means implying a comparison between these artists and my own at times rather questionable attempts. i'm just saying that the aesthetic, the subjects i feel drawn to vary widely. i'm feeling really clueless at times as to what the heck i'm trying to do here.

so i've been thinking whether it's in any way justified to ramble on in this corner of the blogsphere and post my attempts at photography when i don't even know what i want half of the time. looking at other blogging photographers' work - say elisabeth of fine little day, sandra juto, ulrika, lea bolvig, alexandria of little postcards, anna of the baker's daughter, jen of simply photo, brian of the blue hour, abby of abby try again, charlotte of sprink, jennan mieli (i could go on and on) - i see so much beautiful coherence, i see so much focus. which is extremely inspiring. but i also feel a little bit lost in the woods.

i've come to the conclusion though, that letting people look over my shoulder while i'm trying to make sense of things, and while i'm learning, is a good thing for me. actually, it's probably a blessing. and so i hope you'll bear with me while i'm finding my way.
p.s.: to help me a focussing a little and keep going, i've started a little project for my 365. it's called "on the washing machine" (oh ha, i know). could be you tire of this much earlier than i do. don't say i haven't warned you.
have a jolly weekend.
Posted by kristina - no penny for them at 09:05 7 comments: 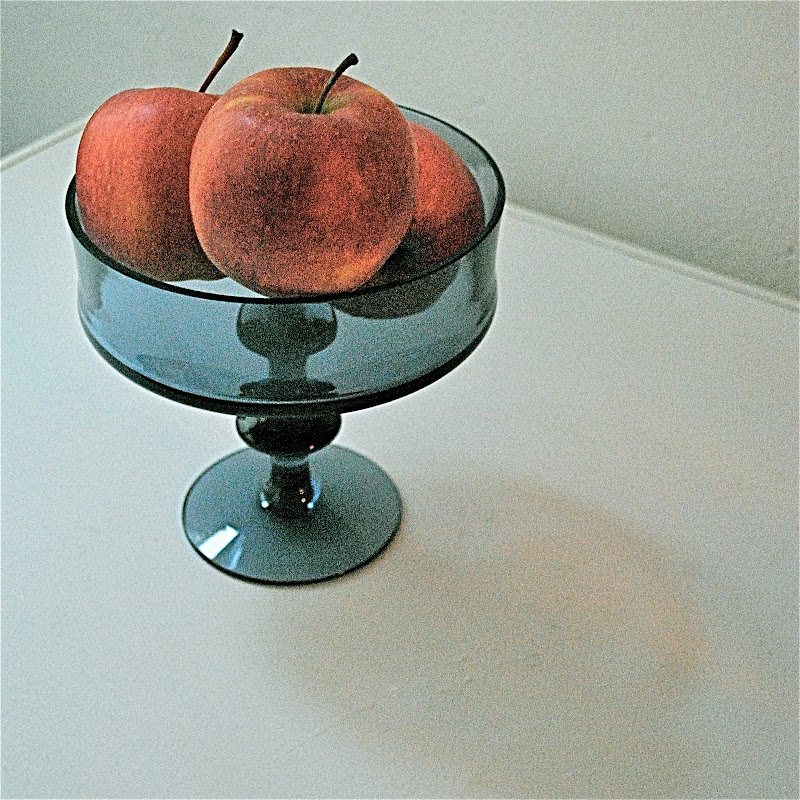 i have been working like mad to make a deadline this morning. that's why it's been a bit quiet around here these last few days. my mind is rather blank right now. nothing some sleep shouldn't fix though. 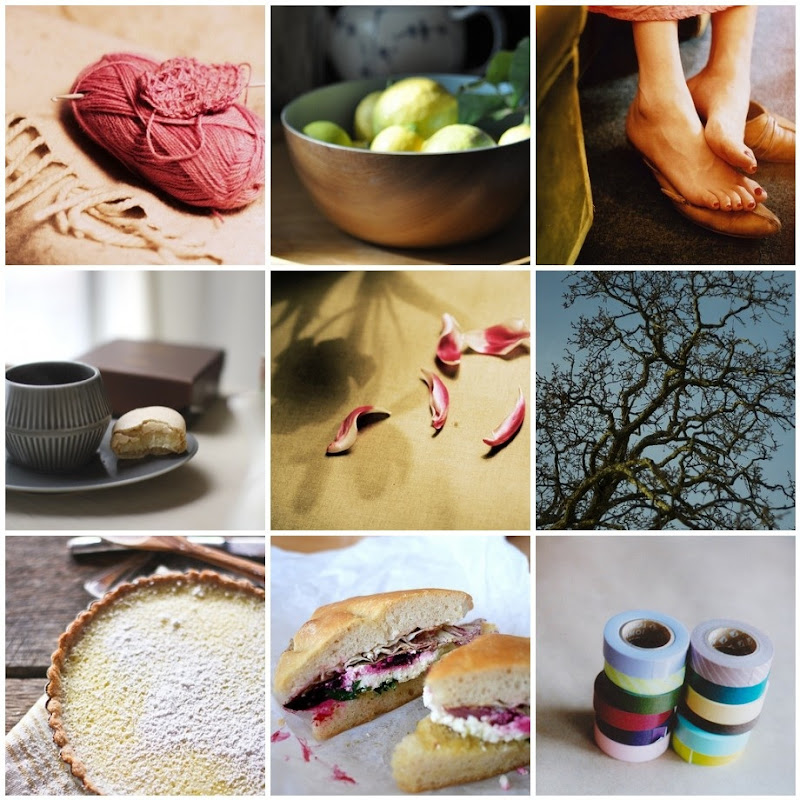 here's some friday inspiration for you, recently found on flickr. can you tell i'm craving colour and comfort food? i'd do a lot for that citrus tart or that beet-and-cheese sandwich... 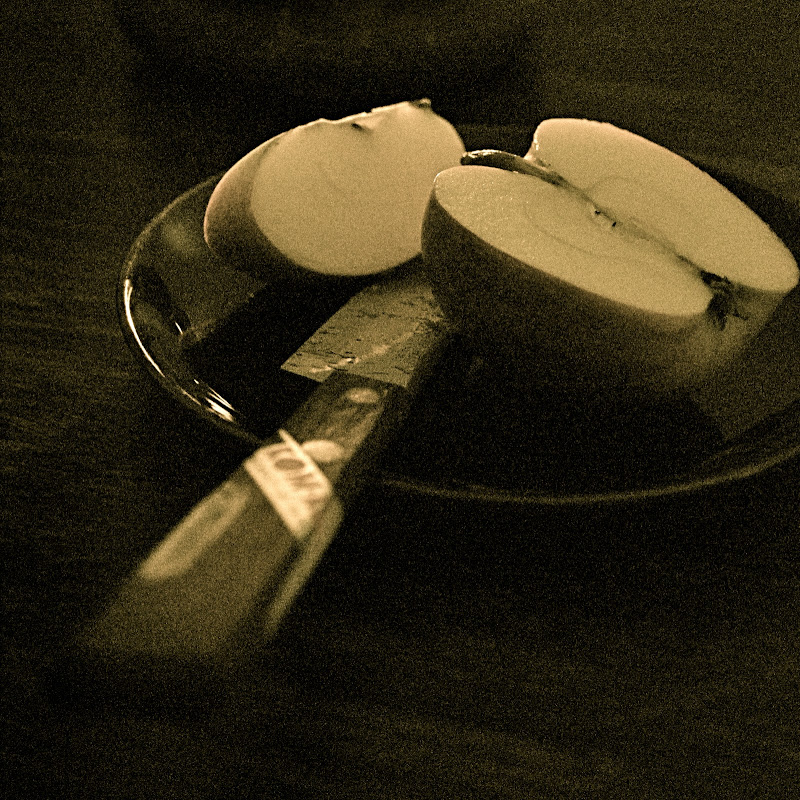 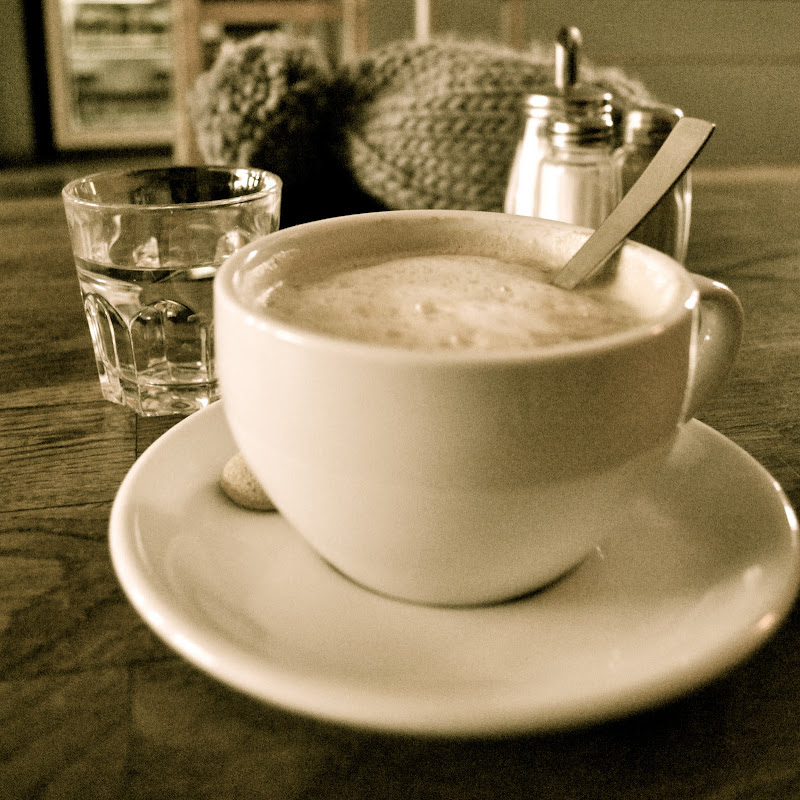 i was tagged by natsumi and shortly after also by temps perdu to reveal seven things about myself. i kind of wondered if there's anything to reveal about myself - that notion seems to imply that i'm in any way mysterious and i don't think i am. i'll try anyway.
1. cutting up apples brings back childhood memories. many an evening after my younger brothers and sisters had gone to bed, my mum used to sit in the kitchen and peel and cut apples in quarters, than eights. and always shared them with me.
2. i wish i was somewhere warm right now. driving a convertible down a coastal road in the south of france with boyfriend would do nicely. i'd wear a headscarf and big sunglasses. of course.
3. i haven't had a really good read in a long time. and i love losing myself in a book.
4. i have a three-legged black cat named riga. we met on the internet, so to speak. she was listed by the local pet rescue place as "child of sorrow". she won't ever cuddle up to you and is very mistrustful. it took me four years to let me give her a proper tickle. i don't want to know what caused her to be like that.
5. i used to speak french fluently. now i speak a leeeetle bit, after half a bottle of wine, that is.
6. i wanted to have red hair and freckles when i was six. i still kind of do.
7. i do most things in life five to ten years later than anybody else.
so there. oh - do play along if you like. leave us a comment below, will you? so we can stop by.
p.s.: the second photo got posted because i love coffee. but that's not a revelation.
Posted by kristina - no penny for them at 22:30 18 comments: 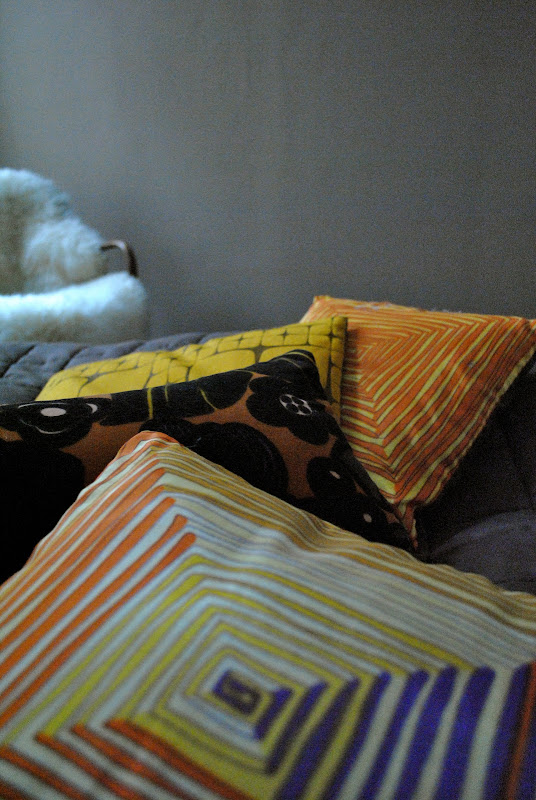 i was wondering if i'd find anything repurposed in my house. i do own lots of vintage things, but none of them are repurposed as such. then i remembered, that a while ago i bought some vintage material - old curtains found on fleamarkets, vintage silk scarves or dresses and skirts - that i turned in to cushion covers. so there you are... these covers here are clearly made from material from the seventies. i've got a stash of material from the fifties and sixties with a completely different colour palette - think deep blues and greens or tomato red, grey and mustardy yellow. i think i'd like to make some cushion covers from those as well. have been thinking about selling them, and at one point even had shops in berlin that took them on commission. still a bit undecided about the whole thing. maybe an online shop at some point? hm.

travel around the world and discover more repurposing via jane's corner view!
Posted by kristina - no penny for them at 22:12 13 comments: 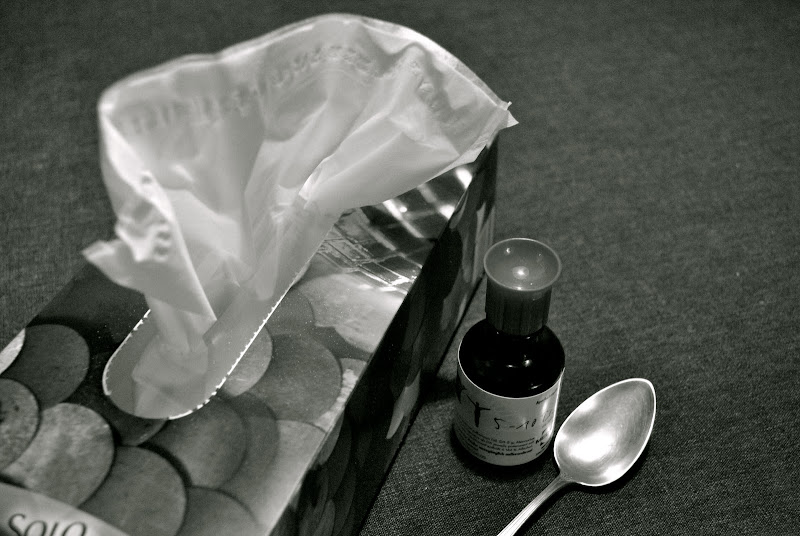 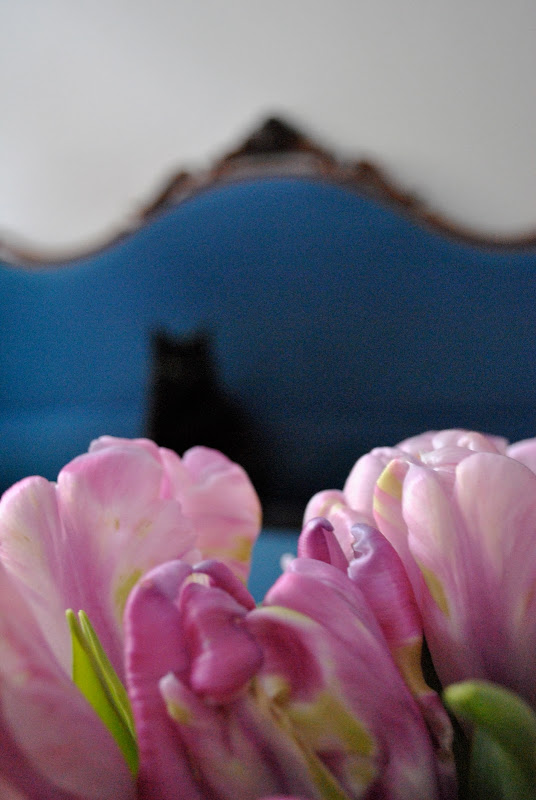 atishoo. i'm going through a lot of tissues these days. thank you for your well-wishing, i'm sure the cold will leave the house soon.

what made me smile today: got the cat to pose for me on the blue sofa. yay.
Posted by kristina - no penny for them at 22:48 6 comments: 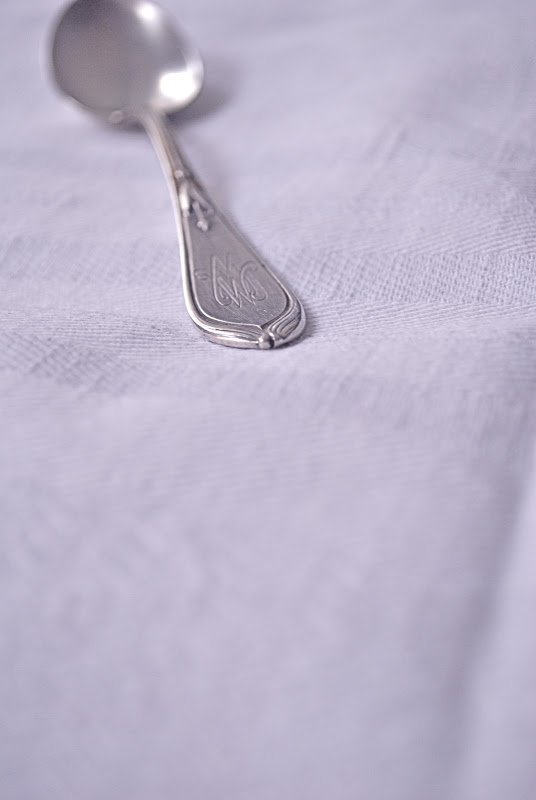