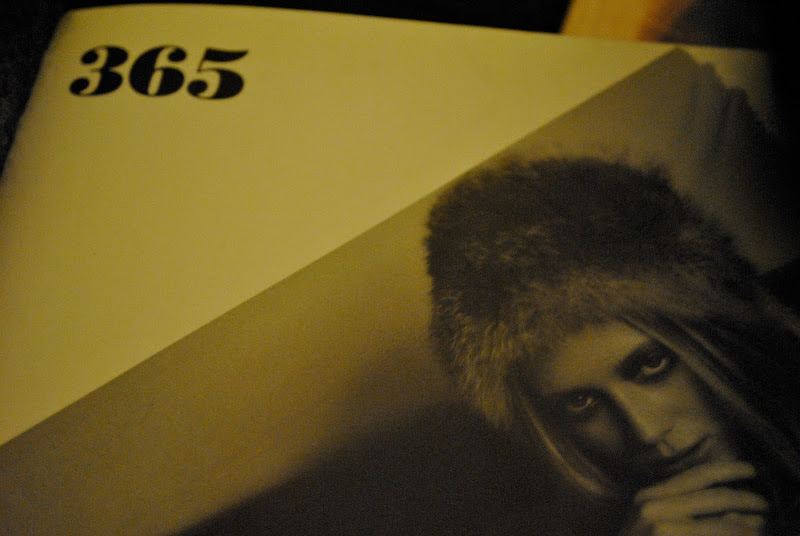 on the spur of the moment, i decided to join a 365 project on flickr. initiated by julochka and spud, this group is taking up the idea of taking a photo a day, all 365 days of this new year. it's a bit of a challenge, not only because i have the feeling that there might be days when i'm not really up for it, or when i just don't have the time to upload my photos, but also because there are quite a few very talented people out there who have done it before and even published books about it (say, a year of evenings). but i like the idea of learning as i go along and of eventually having a very tangible record of my year.
this is my first 365 photo, taken january 1, 2010. it's the cover of my brand-new diary for 2010 and a wintry magazine scrap. i tell you, i could do with a fur hat in berlin at the moment. it doesn't seem to stop snowing...
do take a look at our flickr group. and if you'd like to play along, let me know in the comments. the group can be joined by invitation, i'll find out how to organise that.
Posted by kristina - no penny for them at 11:17

kristina - no penny for them said...

kay: ah yes, wish me luck, i'm sure i'll be struggling at some point.

ulrika: happy new year to you too - it would be super if you joined! let us know!

kristina - no penny for them said...

in any case you would have to time to think about it for a while and see if you want to upgrade. i think it's 20 USD for a year or something, so not too bad anyway.

it would be lovely to have you on board! :)

i'd love to join your 365 group! my flickr name is jacqui | happy jack eats.

and happy day 21! this is my first year doing project 365 and i'm having a lot of fun with it so far. but i'm starting to realize how long a year is and how many photos i'll actually be taking. kind of crazy! i just got a dslr for xmas too, and although i love it, it's still missing that magic that i get from my film camera. i'm all for embracing both digital and film, though!