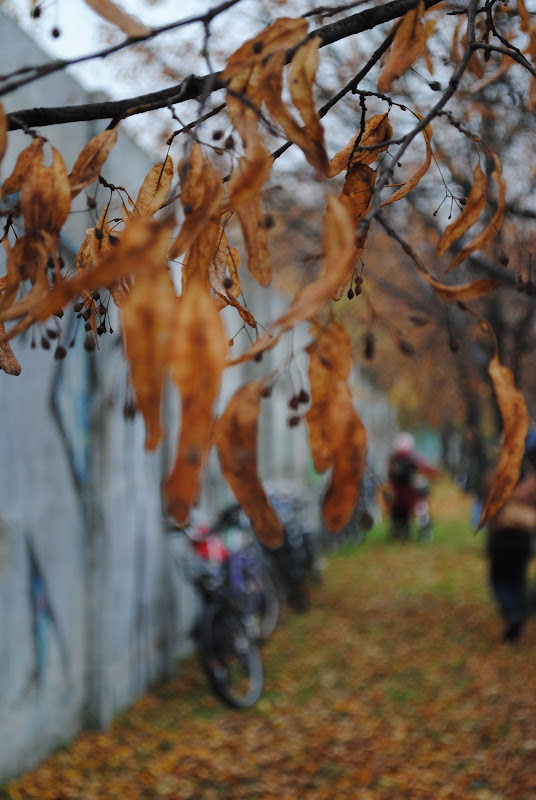 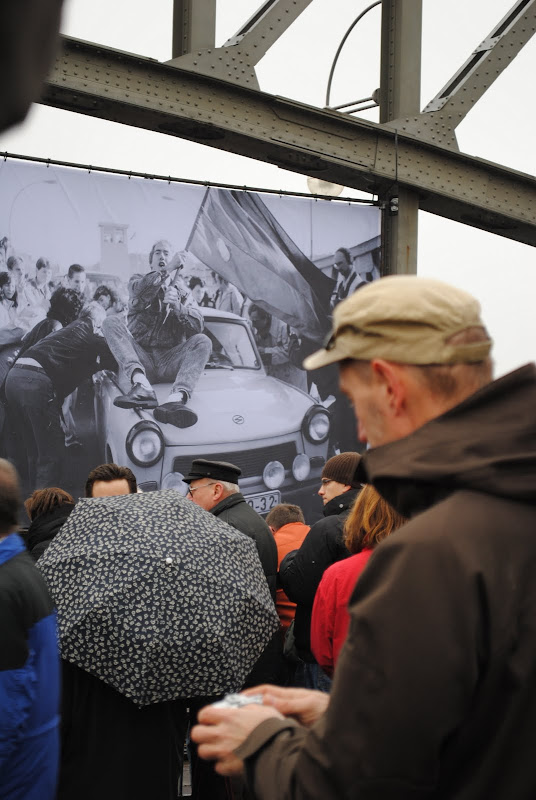 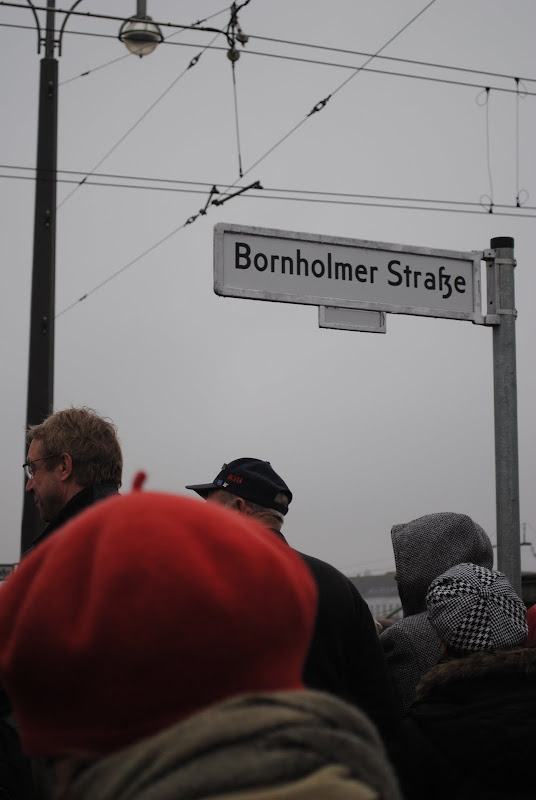 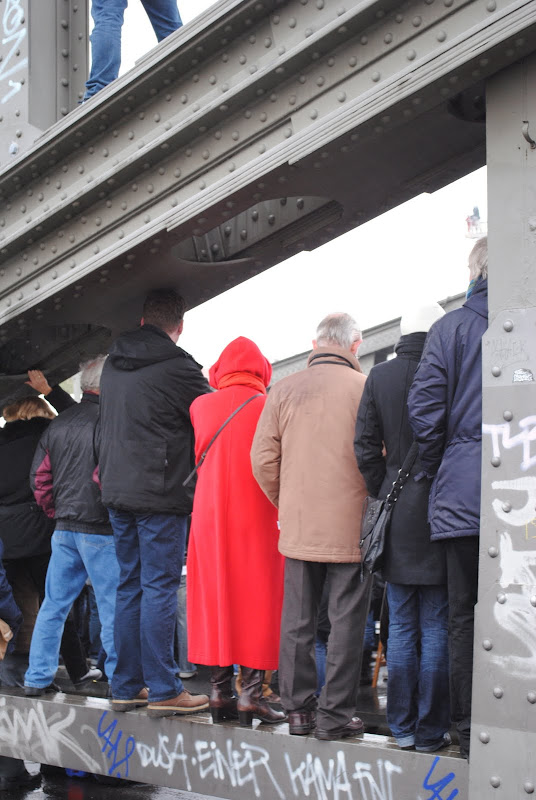 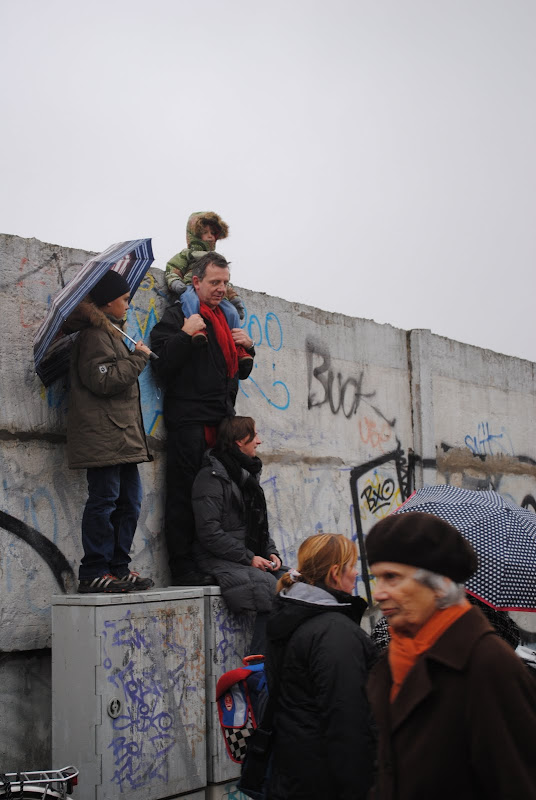 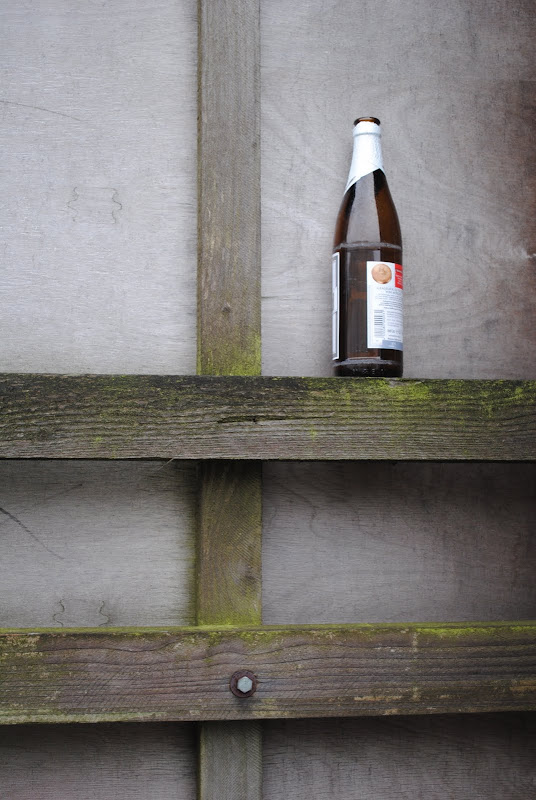 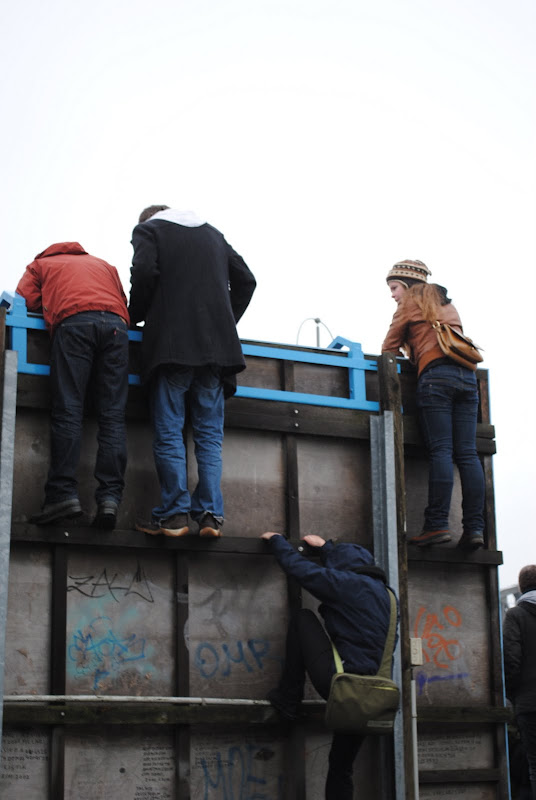 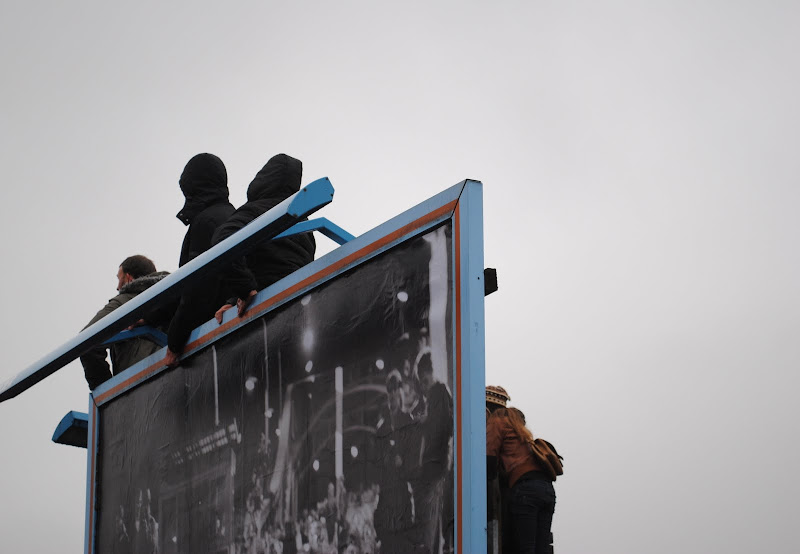 twenty years ago, the berlin wall came down. long before i moved to berlin, it all started right here, less than a five minute bike ride from my house. it was a november day, nothing spectacular, until that press conference by GDR party officials who by the by mentioned that from now on, east german citizens were free to travel. yes, as of now. and yes, that goes for berlin, too. people were stunned. seriously? just like that, after 28 years?

after it made the west german news that evening, east berliners started queuing up at the checkpoints, thousands of people. finally, at half past eleven that night, the border patrol at bornholmer strasse decided to let people pass. have you seen film footage of that night, or photographs? people were crying, they were elated, they couldn't believe it.

i went to bornholmer strasse this afternoon. it was raining. i expected to be able to quietly stroll across the bridge before the official celebrations started, and take a few pictures. how naive. it was crowded. but although i usually can't stand crowds, i stayed. i chatted with some people who told me how they had been living in the neighbourhood when the wall came up in 1961, how they waved at the relatives from their window and cried. and how they were there in 1989 and walked over to the west. finally able to see friends and family in the other half of the city.

read a bit more over on my other blog.
Posted by kristina - no penny for them at 23:21

thanks for posting these pictures, it is really meaningful to see and hear how people in germany recognize this day.

thanks for this insight into the anniversary. it is so amazing, to think of that time. i was just really, really, fascinated and awed by the wall and the history of east and west when i went to berlin a few years ago...

Interesting... and the third photo is awesome! :)

I watched yesterday evening and would have given anything to walk around there myself.
and I mean beforehand, like you did, just having a stroll and chatting to the real people and stuff, before the actual official ("showy") celebration.

thanks for these pics and gratuliert!

Danke für die Bilder und die Erinnerungen! Thanks fpr the pictures and the memorys - I grew up in Berlin - still can not leave this City!

the concert was simultaneously on 3 national french radio stations last night. it looked & sounded like a wonderful celebration!

you would think i´d be used to it by now, but i still get emotional... great shots! besos!

This is fantastic to be able to see what you lived yesterday... It's great. I saw it on t.v it was so emotional.

Yes, I have seen the footage. We one a copy of a ducumentary put out by Spiegel the magazine. Anyway, my husband is German. See my post on my blog. Have you ever seen that movie, oh I can't remember the name, where the family continues to pretend that East Germany is a communist country for the sake of the mother who had been in the hospital while everything has collasped. The Dr.s had said it would be too much for her system. It is hilarious.

Oh you went!! It was all over danish television..

the film you refer to (choccie gal) is good bye lenin! :)

Yes, that is it. Good Bye Lenin. It is hilarious! Thanks Ninja!

I had a thought for you on the celebration day, I guess it was amazing there ... will always remenber when we had to cross Berlin in 1985 while going to Poland for some summer holiday (my parents had fun destination for summer holiday !!)